Philip Hammond has said his second Spring Statement will be delivered on March 13th 2019.

The chancellor’s announcement late last week indicates that his statement — a response to the OBR’s forecasts — will be unveiled about two weeks before Britain is due to leave the EU.

For the contractor sector, the statement represents the first time that Mr Hammond will have addressed the UK on his tax and spending plans since he vowed to extend IR35 reform.

But his move in 2015 to scrap having a Budget in March (and downgrade it to a Spring Statement) was so that tax and spending changes only had to be made once, in the autumn. 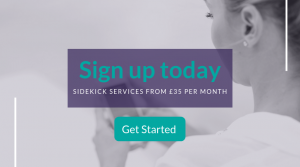 Potentially due to Brexit, that intention was made condition-based in October, when Mr Hammond said he ‘reserved the right to upgrade the Spring Statement to a full fiscal event.’

Last March, alongside Spring Statement 2018, the Treasury said a consultation on extending IR35 reform to the private sector would be published “in the coming months.”

It was finally unveiled in May, but the finer details of what the extension will look like is due to be consulted on this month — February, suggesting the March Spring Statement is likely to do little more than nod to the consultation as being underway.

Read our latest post Extension of IR35 to Private Sector or contact the Sidekick team for more information.

IR35 Into The Private Sector

Extension of IR35 into the Private Sector Any changes to IR35 legislation won’t apply until April 2020, so why are we talking about it now? And what could this mean for Sidekick clients? What is IR35? The Intermediaries Legislation (IR35) has…

IR35 – Everything You Need To Know

What is IR35? The Intermediaries Legislation, or IR35 as it is more commonly known, is the single most important tax law affecting you as a freelance contractor. The aim of IR35 is to prevent an individual, who would ordinarily be…

If you’re new to contracting or just simply need some advice, Sidekick are here to help support you when choosing between a Limited Company or Umbrella Employment. We’ve helped hundreds of happy contractors and want to help you too, take…

Read more
Back to news

Find out how
we can help you.

Fill out the form and an adviser
will be in touch, usually within 30 minutes.

You can also sign up to our newsletter for
news and insight from us.